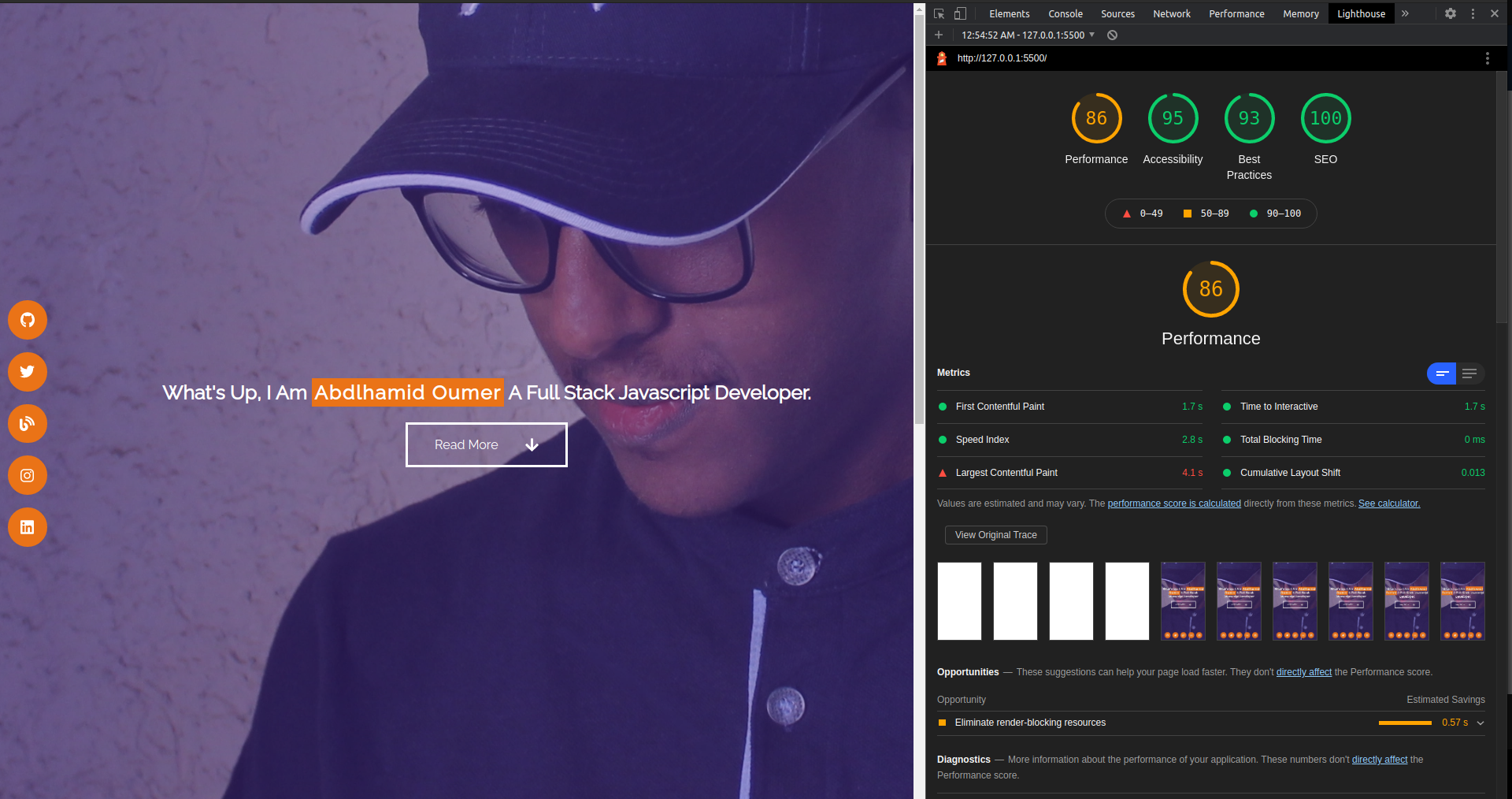 In the second part of "Get that hundo" I will share with you how I was able to implement one of the optimizations recommended by lighthouse :

Out of the three next-gen formats I chose WebP because it is supported in more browsers, it is being developed by Google currently and it also supports both lossy & lossless compressions.

To convert images to WebP we can easily use sites like webp-converter.com. This specific tool even has the ability to do lossless or lossy compression.

Now when using WebP the main issue that you face is browser compatibility. WebP is not even supported on safari except for the latest version, which is 14 at the time of writing this blog. That is where the HTML <picture> tag comes into play.

Picture tag takes one <img> tag and zero or more sources as a child element. The <picture> tag will then automatically choose the image source that will suit the user's browser or other conditions like max-width of the screen, if all sources don't meet the condition it will fallback to the <img> tag source. Below is a code showing you how we could take advantage of this :

Now, we can handle images in our HTML this way but what about background images that are set by a CSS style. There is a solution for that.

Let's see how can we take advantage of this function to display other formats for browsers that don't WebP. The first thing we need to do is create one normal CSS style with WebP background and one other style with PNG background.

Next, we check if the browser supports WebP on window load and add the .no-webp class if it doesn't support it. I will use the lossless feature check for now cause that was how I converted my background image to WebP.

This optimization didn't have much effect on the lighthouse performance score because I was already using WebP as a background image before all this but now I was able to solve the compatibility issues on safari.

That's it now the site is ready to serve WebP on supporting browsers and PNGs on browsers that don't support WebP.